in the area of Lecce 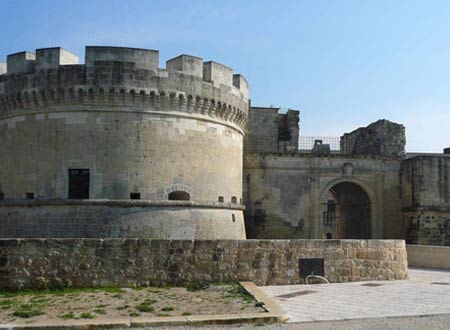 A few kilometers from Lecce, near Vernole, charming and almost unknown, the small village of Acaya is one of the few examples of a fortified city come down to our days almost intact. For Acaya, called in antiquity Segine, Baron Alfonso, recognizing the strategic value of the place, in 1506, he promoted the reconstruction of the castle to protect the village and, after him, his son Gian Giacomo gave the same characters of the ideal city of Cinquecento also redesigning the 'whole development plan and strengthening the military defenses.
Read More Comment (459) Hits: 6685
0
0
0
s2sdefault
powered by social2s 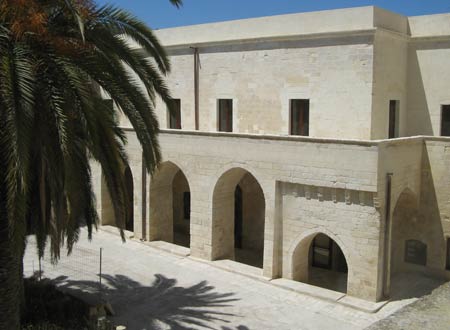 In the center of the city of Lecce, on the border between the old town and the modern city, you will find the majestic Castle of Charles V a short walk from Piazza Sant 'Oronzo. Imposing in shape and all 'impact, the castle was remodeled and resized to' needs of various historical periods as evidenced by the two bodies concentric, of different ages, which characterize the main building. The structure, today, retains the trapezoidal shape with 4 majestic bastions spearhead. The main building dates from the twelfth century and the bastion square, said Square Tower, is probably Angevin era.
Read More Comment (161) Hits: 4069
0
0
0
s2sdefault
powered by social2s 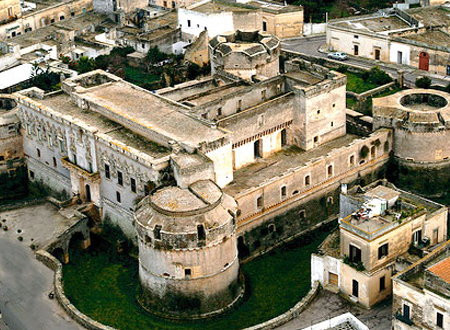 If you are in Salento, we strongly advise you to go from Corigliano d 'Otranto because they never imagine that this small country can keep, at the center of' village, a majestic and well enchanting castle. Perfectly restored and well maintained is run by a lively and undertake cooperative of local youths, the Castle of Corigliano surprising and breathtaking at first glance. You will be struck before the main prospect in admiring silence. Throughout l 'year can be visited with experienced guides and driven by events and cultural events. Iconic and unique restaurant and coffee set all 'inside of the castle where you can enjoy traditional dishes of Salento.
Read More Comment (234) Hits: 9426
0
0
0
s2sdefault
powered by social2s